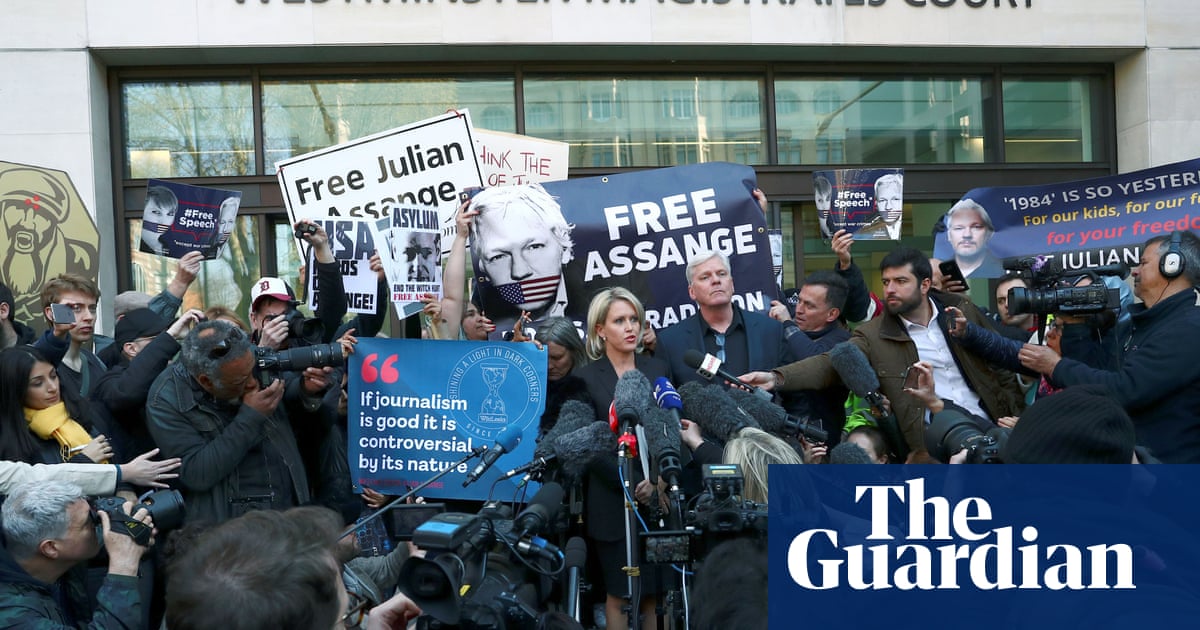 WikiLeaks founder Julian Assange has been labelled a “narcissist” by a judge as he was found guilty of skipping bail after spending nearly seven years holed up in the Ecuadorian embassy.

District judge Michael Snow said Assange’s claim that he had not had a fair hearing was “laughable” as he appeared in the dock at Westminster magistrates court.

The attempt by Assange’s legal team to paint the activist as a victim of bias in his previous hearings was “unacceptable”, the district judge told the packed courtroom.

Judge Snow said: “His assertion that he has not had a fair hearing is laughable. And his behaviour is that of a narcissist who cannot get beyond his own selfish interests.”

Assange shouted “this is unlawful” as police officers struggled to drag him from the Ecuadorian embassy on Thursday morning, the court heard. He had tried to “barge” past the officers back to his private room when they attempted to introduce themselves.

The WikiLeaks founder, who had pleaded not guilty, now faces up to 12 months in prison in relation to the 2012 charge of failing to surrender to the court and will be later sentenced at Southwark crown court at an unspecified date.

Separately, Assange is due to appear in court via video link in May at Westminster magistrates court in relation to the US extradition charge of conspiring with Chelsea Manning to break into a classified government computer and disclose sensitive documents in 2010.

Assange will not personally give evidence in the case but his legal team will argue that he had a “reasonable excuse” for not surrendering to custody.

The basis of Assange’s defence of “reasonable excuse” is that he could never expect a fair trial in the UK as its purpose was to “secure his delivery” to the US, the court heard.

Defending Assange, Liam Walker claimed that chief magistrate Emma Arbuthnot, who previously dealt with the case, was biased against him. Her husband, Lord Arbuthnot, had been directly affected by the activities of WikiLeaks, Walker alleged.