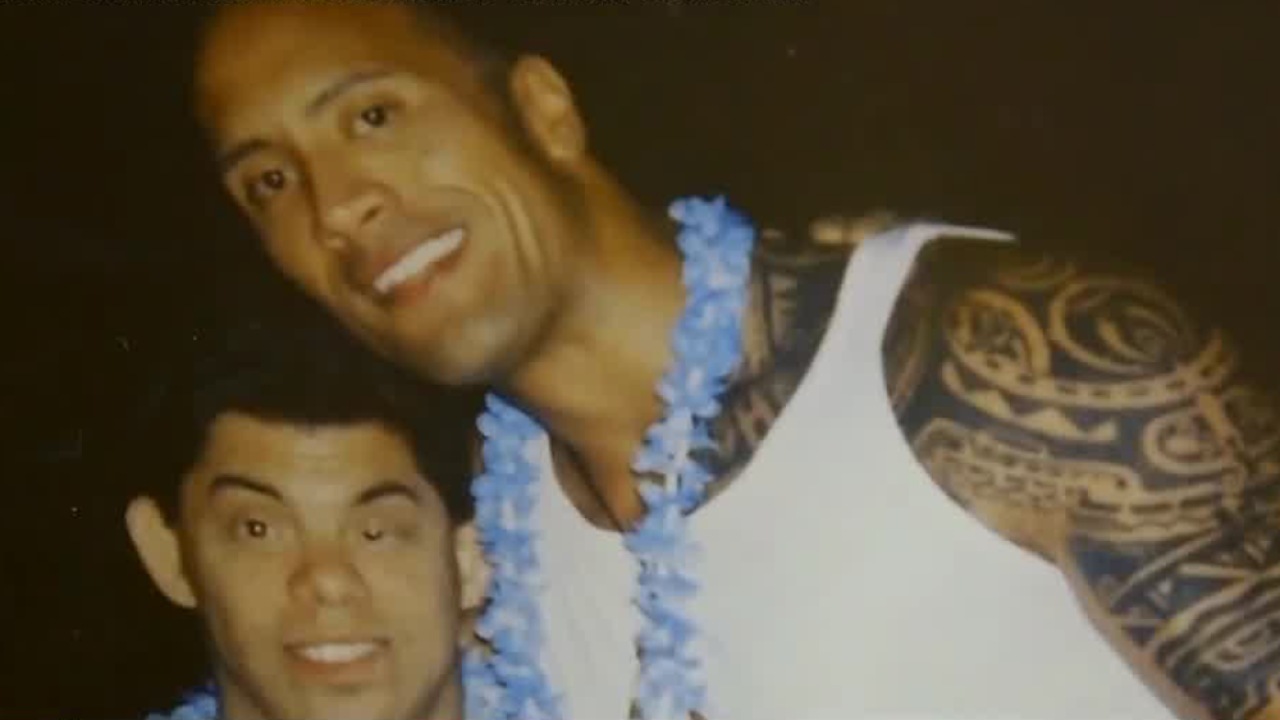 On April 10, a new film featuring Dwayne “The Rock” Johnson called “The Rock’s Rock” was released in honor of Johnson’s life-long friend, Milton McBride Rosen, who has Down syndrome. The film, which includes Robin Roberts and ESPN as executive producers, is part of a year long-video series in honor of the 50th anniversary of the Special Olympics.

According to the film, when Rosen was 15, he was adopted by Bruce Rosen and his twin brother Al Rosen, who were co-owners of the Boddy Shoppe gym. The Rosen brothers were only 23 years old at the time they adopted Milton Rosen. This made Bruce Rosen the first single man in Florida to adopt a child. The gym was central to Milton Rosen’s upbringing.

The six-minute film also focuses on how Milton Rosen greatly impacted Johnson and his father. Johnson was only 5 or 6 years old when he first met Rosen in Tampa, Florida. It was Rosen who taught Johnson how to work out. They became fast friends and were roommates for a while when the Johnson family moved in with the Rosens. “We became like brothers,” Johnson says in the film.

Rosen became involved in Special Olympics, and when weight lifting was added, he thrived. Rosen was able to bench double his body weight. According to the Special Olympics’ website, Rosen was a “powerlifting legend with Special Olympics Florida” and “a Game Changer in the lives of some of the world’s greatest athletes.”