In a mental holdover from the 1980s War on Drugs, addicts are still judged for their circumstances, expected to “just say no” and exert more willpower.

Ruston Baldwin took his first drink when he was two years old. His father was an angry man and a drinker himself. He raised Baldwin on beer.

When Baldwin was seven, his mother was diagnosed with a severe case of scleroderma, an autoimmune disorder. Every year, doctors would amputate parts of her hands and feet as her blood stopped circulating. While his mother wasted away and his father drank, Baldwin found comfort in one substance after another, eventually turning to cocaine and heroin.

As fentanyl claims lives on city streets and in suburbs alike, and as governments turn to safe injections sites to protect their citizens, Baldwin’s experiences speak to the conversation Canada needs to have: one that substitutes compassion and care for derision and detention. 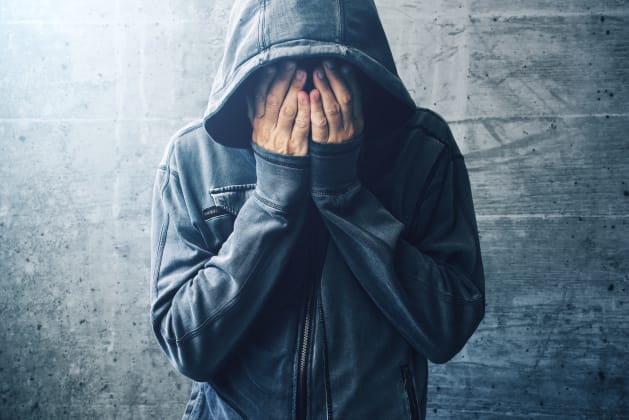 “I did it all,” the sober 50-year-old Baldwin says unflinchingly of a lifetime of addiction stemming from early experiences of abuse and neglect. Now a peer support worker for others struggling with mental health and addiction, his story illustrates the undeniable connection between trauma, mental health and dependence that is too often ignored in favour of judgement or contempt.

In 2016, nearly 3,000 Canadians died from opioid related overdoses. Final numbers from 2017 aren’t in yet, but experts suggest the total will surpass 4,000. For all the recent media attention on fentanyl, public perception is still skewed. Instead of relying on stigma and stereotypes of addicts as immoral and depraved, we should see them like Baldwin: as people in pain, in need of help and capable of so much more.

Despite more empathetic talk from policymakers, harm-reduction sites that can save lives are still scarce. In a mental holdover from the 1980s War on Drugs that left prisons full and lives ruined, addicts are still judged for their circumstances, expected to “just say no” and exert more willpower.

Baldwin wasn’t able to say no. His willpower didn’t stand a chance against his circumstance.

He was fired from every job he ever had, kicked out of every apartment. He spent time living on the streets, passing fake cheques for money to eat or to get high.

Faced with prison time for forgery, Baldwin got the right kind of rehab instead of punishment. He confronted a history of emotional abuse from his father and the pain of watching his mother die. He learned to face his trauma, identify his triggers, have empathy for those who caused him pain and to forgive himself.

“It was meant to be. Every sip, every drug, every experience was preparing me for this,” Baldwin explains of his current role with the Mood Disorder Association of Ontario in Toronto. His journey gives others hope that they too can come out on the other side.