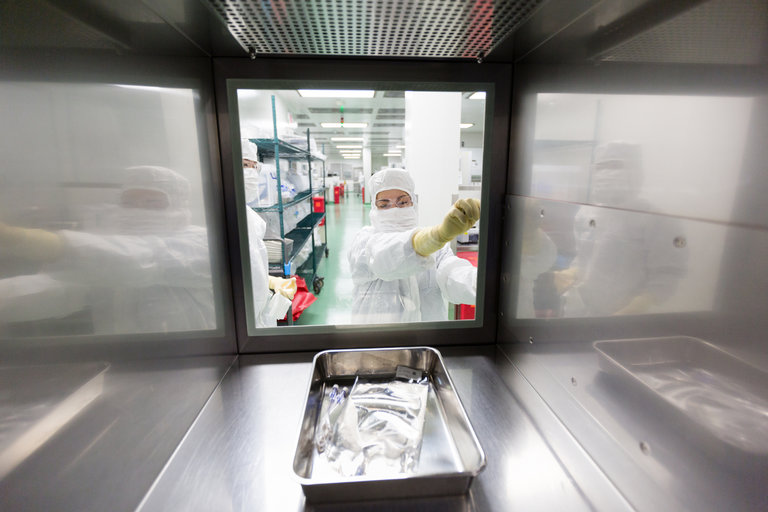 The Food and Drug Administration on Wednesday approved the second in a radically new class of treatments that genetically reboot a patient’s own immune cells to kill cancer.

The new therapy, Yescarta, made by Kite Pharma, was approved for adults with aggressive forms of a blood cancer, non-Hodgkin’s lymphoma, who have undergone two regimens of chemotherapy that failed.

The treatment, considered a form of gene therapy, transforms the patient’s cells into what researchers call a “living drug” that attacks cancer cells. It is part of the rapidly growing field of immunotherapy, which uses drugs or genetic tinkering to turbocharge the immune system to fight disease. In some cases the treatments have led to long remissions.

“The results are pretty remarkable,” said Dr. Frederick L. Locke, a specialist in blood cancers at the Moffitt Cancer Center in Tampa, and a leader of a study of the new treatment. “We’re excited. We think there are many patients who may need this therapy.”

He added, “These patients don’t have other options.”

About 3,500 people a year in the United States may be candidates for Yescarta. It is meant to be given once, infused into a vein, and must be manufactured individually for each patient. The cost will be $373,000.

The treatment was originally developed at the National Cancer Institute, by a team Dr. Steven Rosenberg led. The institute entered an agreement with Kite in 2012, in which the company helped pay for research and received rights to commercialize the results.

Largely on the strength of the new treatment and related research, the drug giant Gilead purchased Kite in August, for $11.9 billion.

“Today marks another milestone in the development of a whole new scientific paradigm for the treatment of serious diseases,” the F.D.A. commissioner, Dr. Scott Gottlieb, said in a statement. “In just several decades, gene therapy has gone from being a promising concept to a practical solution to deadly and largely untreatable forms of cancer.”

Side effects can be life-threatening, however. They include high fevers, crashing blood pressure, lung congestion and neurological problems. In some cases, patients have required treatment in an intensive care unit. In the study that led to the approval, two patients died from side effects. Doctors have learned to manage them better, but it takes training and experience.

Partly for that reason, Yescarta, like Kymriah, will be introduced gradually, and will be available only at centers where doctors and nurses have been trained in using it.

“Ten to 15 authorized institutions will be ready to go at the time of the launch,” a spokeswoman for Kite, Christine Cassiano, said. “In 12 months, we expect to have 70 to 90. There’s a lot that goes into it, making sure each institution is ready to go.”

Companies have been racing to develop new forms of immunotherapy. The first cell-based cancer treatment — Kymriah, made by Novartis — was approved in August for children and young adults with an aggressive type of acute leukemia. It will cost $475,000, but the company has said it will not charge patients who do not respond within the first month after treatment. Novartis is expected to ask the F.D.A. to approve Kymriah for lymphoma and other blood cancers as well, and may vary its price depending on how well it works for those diseases.

Kite also plans to seek approval for other blood cancers, but does not plan to vary Yescarta’s price, said Ms. Cassiano.

The company also hopes that Yescarta will eventually be approved for earlier stages of lymphoma, rather than being limited to patients with advanced disease who have been debilitated by multiple types of chemotherapy that did not work, said Dr. David D. Chang, Kite’s chief medical officer and executive vice president for research and development.

“This is the beginning of many developments in cell therapy in the next few years,” Dr. Chang said in an interview.