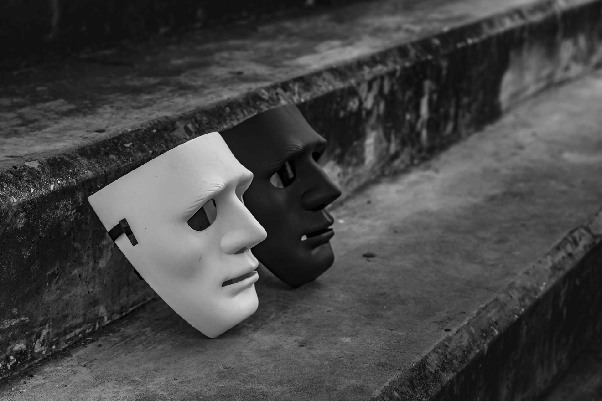 Have you ever casually suggested that someone you know has a personality disorder? Does the term “borderline” come all too easily to mind when you think about someone who bothers or confuses you, or who seems to lack boundaries? Perhaps your cousin is getting divorced from his seemingly out-of-control partner, stirring up longstanding suspicions you’ve had about the partner’s mental stability. Or there may be a celebrity whose behavior strikes you as indicative of everything from a personality disorder to a manic episode. You tick off the various signs from what you know about the condition to see if they match the behavior of the person in question. You might even do some online detective work to make sure your “diagnosis” is appropriate.

Before you make your official pronouncement to anyone who will listen, recent research on the diagnosis of personality disorders suggests you may want to take a step back and reconsider.

Ohio University’s Andrew McClintock and Shannon McCarrick (2017) revealed the importance of taking a systematic approach to diagnosis in their comparison of borderline personality disorder with other related disorders. They were particularly interested in people with dependent personality disorder (DPD). The symptoms of this personality disorder include, as the name implies, a pattern of excessive submissiveness to others and a tendency to be clingy and preoccupied with the belief that people are going to leave them. Although this disorder will potentially be eliminated when psychiatry’s diagnostic manual (the DSM-5) becomes revised in the future, McClintock and McCarrick believe that there is good reason to keep it on the books. As they note, dependent personality disorder’s symptoms “are associated with suicidality, partner and child abuse, important elements of treatment process and outcome, and high levels of functional impairment,” and its health-care costs are higher than the costs associated with other personality disorders that the DSM-5 plans to retain.

Based on the assumption that DPD is a valid and useful diagnosis, the Ohio University authors attempted to determine whether they could in fact differentiate it from the related avoidant and borderline personality disorders, the two out of all 10 in the DSM-5 whose clinical qualities seem quite similar. The 194 undergraduates who participated in the study (66 percent of whom identified as female) completed a 220-item, self-report personality trait questionnaire. The questionnaire, based on the so-called “Alternative Model for Personality Disorders (AMPD),” assessed 25 pathological traits. Unlike the more well-known NEO-PI-R, which assesses the Five Factor or “OCEAN” traits (openness to experience, conscientiousness, extraversion, agreeableness, and neuroticism), the AMPD questionnaire is designed to apply specifically to traits as defined by the personality disorders. The AMPD’s five factors are negative affect, detachment, antagonism, disinhibition, and psychoticism, which are the “extreme, maladaptive traits” corresponding to those in the Five Factor Model. For example, antagonism is at the maladaptive end of the trait of agreeableness.

People with dependent personality disorder, in the AMPD framework, should have high scores on the traits of anxiousness, intimacy avoidance, and withdrawal, and should have lower scores on the remaining traits. They would not overlap, if the diagnosis is a valid one, with borderline personality disorder traits (e.g., emotional volatility, impulsivity, risk-taking, and insecurity over separation) or avoidant traits (anxiousness, an inability to feel pleasure, and a tendency to withdraw). To discriminate further among the personality disorders, the authors also administered measures specifically assessing each of the three compared in the study, as well as a test of interpersonal styles tapping into qualities such as dependency and detachment.

The findings showed that, as the authors expected, people scoring high on the DPD questionnaire had high scores on the traits of anxiousness, separation insecurity, and submissiveness. People high on the avoidant personality disorder scale, however, also shared these high scores, meaning that the two personality disorders can be difficult to distinguish on the basis of traits alone.

Borderline personality disorder stood apart from these two, involving high scores on a large number of traits, including emotional lability (experiencing highs and lows), anxiousness, separation insecurity, hostility, depressivity, impulsivity, risk-taking, and perceptual dysregulation (having distorted perceptions). In other words, to be able to distinguish borderline from related personality disorders, you would have to know how the person would score on at least eight personality traits.

Returning to the question of what this means for diagnosing people whom you don’t evaluate clinically, the McClintock and McCarrick findings support the idea that you should stay away from these informal types of assessment. You particularly need to be careful about being overly likely to call someone “borderline.” When you make this incorrect assessment, you follow a plan of action with people based on inaccurate assumptions about what might work to help them, or at least to help others deal with them.

Secondly, you may be sending out painful messages to people who do have a psychological disorder. Diagnosing a celebrity from afar doesn’t carry quite the same risk of getting it wrong. However, if you put forth an uninformed diagnosis, you could be sending out an unnecessarily stigmatizing message to people you know who do have a psychological disorder.

It’s also possible that the people you think have a personality disorder don’t have one at all, but are just doing things that you find puzzling or annoying. Perhaps you don’t like the way your cousin’s partner is treating this person whom you love. Communicating to anyone who will listen that the partner has a personality disorder can backfire if the individual in question learns about the judgment that you’ve pronounced, a judgment that in this case might very likely be an uninformed one.

Most people find it far easier to engage in psychological speculation than in medical speculation; this may reflect the fact that a personality disorder is harder to detect than a broken thumb. Disorders such as borderline personality disorder, furthermore, are particularly difficult to diagnose correctly, even by a professional. What makes psychology particularly fascinating is that so much of what goes “wrong” with the mind is less evident than what goes wrong with the body. As researchers continue to develop better measurement tools, such as the ones used in the Ohio University study, the process will be no less fascinating, but it will be more precise.