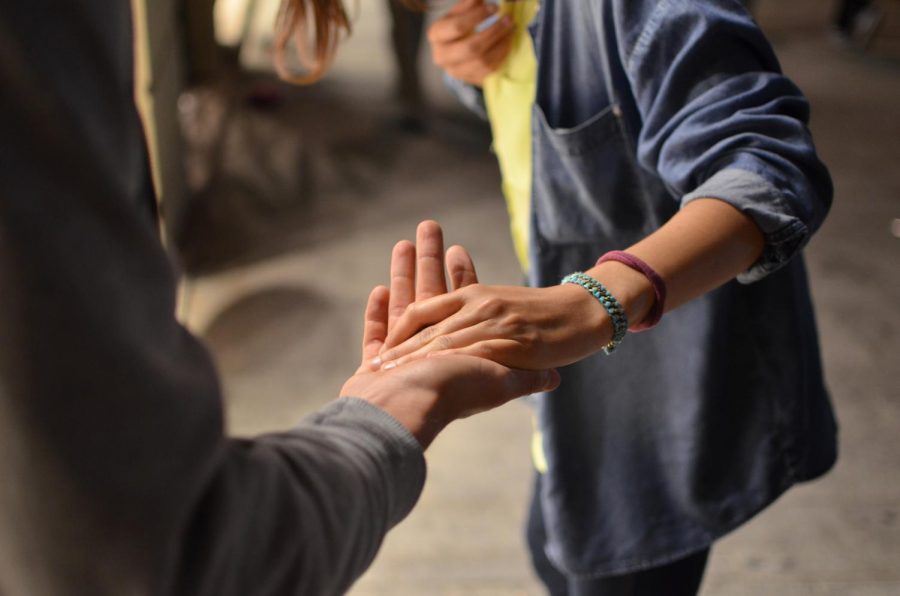 The “Are you an Empath?” class at SAM’s Apothecary was instructed by Reiki practicioner Steven Mislosky, who says empaths experience the emotions of others with different intensity. He promotes the benefits of empathy.

Empathy, something most people experience, is the ability to share and understand the feelings of another. However, an empathic person is not the same as an empath. Empaths feel empathy, but in a different way.

An empath has the ability to not only relate to others’ feelings and experiences, but also feel exactly what others are experiencing. They can walk into a room and, before anyone says anything, connect to others on a deep level and fully feel others’ past and present, Reiki practitioner Steven Mislosky said.

Sam’s Apothecary, a health and wellness shop in downtown Pullman, offers essential oils, herbs and teas and holistic care items. On the fourth Saturday of each month, they hold a Psychic Psaturday Clinic to discuss one energetic or metaphysical subject.

Mislosky led a clinic about empaths, called “Are You an Empath?” and shared his experience with being one himself. Empaths experience their emotions and the emotions of others with different intensity. Mislosky said that intensity depends on the person, and their connection to the emotion.

“It’s hard at times to tell if it’s [an empath’s] emotion or someone else’s emotion they’re experiencing,” Mislosky said.

Meditation helps Mislosky separate his own emotions from those of the people around him, allowing him to let other people’s emotions go. It’s one of the ways to form a healthy barrier from the emotions he experiences throughout the day. Mislosky noted that meditation may not work for everyone, because everyone is different.

With all the emotions empaths feel every day, Mislosky said it’s not uncommon for them to feel detached and overwhelmed.

To counter this, Mislosky said he sometimes simply has to do something that makes him feel good.

“It doesn’t always have to be a completely meditative process or something you have to go through by yourself,” he said. “It can also be hanging out with your friends and doing something fun.”

Mislosky promoted the practice of Reiki, which he said could work for those who don’t find meditation or other holistic practices beneficial.

It promotes the body’s self-ability to heal. When you go to a Reiki practitioner, they channel cosmos and healing energies, which go to parts of the body in need of them. It can never do any harm, he said.

“Reiki is one of the greatest things that I have found,” Mislosky said, “and I have only found it recently in the past couple months.”

Being an empath can be hard to explain, Mislosky said, and there is a lot to learn when it comes to accepting this ability.

“It’s a semi new thing, the title of an empath, and a lot of research is still being done,” he said. “Not everyone is going to understand it, and people who consider themselves empaths [should] never stop learning about it.”