Meagan Barnard has lymphedema, which results in her right leg being filled with fluid and appearing twice the size of her left leg. After being bullied as a teen and left feeling suicidal, Barnard, 24, kept her condition a secret from almost everyone — including her long-term boyfriend, reported the Daily Mail. However, she’s since come to terms with her condition, and with the help of photographer Vana Korhonen, she’s sharing her story through pictures to help raise awareness.

Lymphedema is an abnormal collection of fluid under the skin, which occurs most commonly in the limbs, according to the National Lymphedema Network. In addition to the swelling, or edema, the body may experience an inflammatory reaction, which results in the formation of scar tissue.

“I was embarrassed and ashamed of the way I looked for ten years, and I thought hiding it would make me feel better about myself,” she told The Mighty. “In reality, being open and honest about my condition has turned me into a better version of myself.” 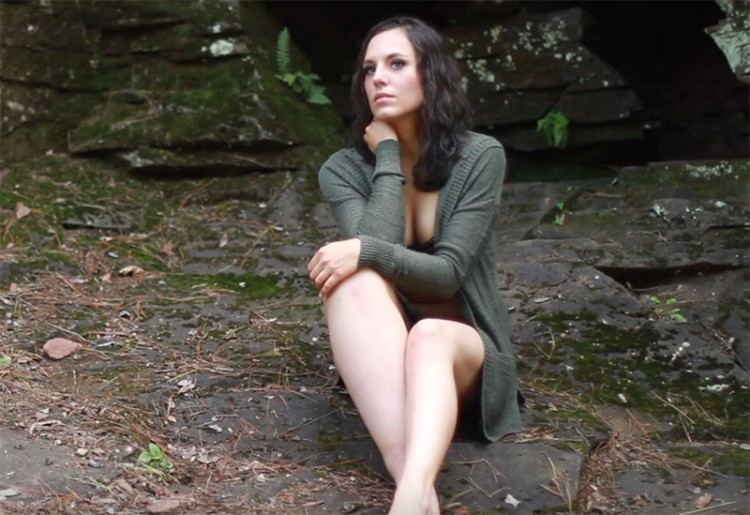 Barnard,  from Minneapolis, wants to get liposuction on her leg, which she hopes will give her relief from pain and swelling, along with minimizing the appearance of her edema. In the mean time, she’s proudly showing off her body.

After a classmate compared her to the Michelin man, Barnard wrote on her website, “Limitless Lymphie“:

From that point forward, I never showed my leg again. I got in the mindset that if people couldn’t see, it they couldn’t judge me for it. If I could hide it from the world, than no one could make me feel like I was less of a person or a freak.

Now, she’d tell someone to never let a bully make you feel ashamed of yourself.

“People make fun of and fear the unknown,” she told The Mighty, “and when they are not faced with having to deal with a medical condition or ailment, they have no other perception than to judge.”

Barnard has wanted to share her story for the last three years, but every time she ended up getting close to doing it, she’s backed out due to fear. However, in July she stumbled across the quote, “The world changes in direct proportion to the number of people willing to be honest about their lives.”

“It truly inspired me and gave me the push that I needed,” she told The Mighty. “I wanted to show my leg in a very real and dramatic way. The only way to do this was to bare all and show my friends and family what I had been hiding from them for the past decade.”

Barnard developed the condition while going through puberty, and when she received the diagnosis, she “felt like my life had ended — that’s exactly how I took the news. At my lowest point I had written a suicide letter to my dad. I told him I was done and I was just going to end it.”

What she didn’t realize then was that hiding it was doing more harm than good, and she started opening up to those close to her. “Talking with my father for the first time about how I was really feeling about living with lymphedema allowed me to just breathe again,” Barnard told The Mighty. “It is a lot easier to get through something when you don’t feel like you are alone.”

William Repicci, executive director of the Lymphatic Education & Research Network, applauded Barnard for sharing her story and photos, noting the importance of educating the public about the condition.

“It is baffling to know that there are up to 150 million people in the world with lymphedema, and yet most people have never heard of it,” Repicci told The Mighty. “This includes many who have the disease but whose doctors have failed to diagnosed and treat their lymphedema. Feeling isolated and alone, most patients hide their condition and suffer all the associated psychosocial trauma in silence. Meagan represents a new era of heroes who are changing the face of lymphedema.”

“I am hoping to gain acceptance,” Barnard concluded on her website. “If I can’t reach anyone with my message, I hope that this project brings me relief. I don’t want to feel like I have to hide who I am anymore.”