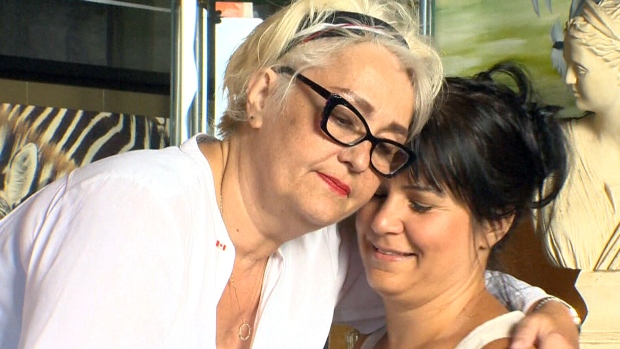 A Roblin, Man. woman who lives with a chronic and debilitating disease is feeling frustrated after plans to go for surgery in the U.S. had to be called off.

Linda Paterson Hansen was diagnosed with lymphedema 17 years ago after undergoing 29 radiation treatments for cancer.

While there is no cure, treatment options are available.

Paterson Hansen only recently heard about surgery at the Mayo Clinic during a medical appointment in Dauphin.

She said she was scheduled to undergo a surgery known as the Charles procedure on July 3 at the Mayo Clinic in Rochester, Minnesota.

“The only door that has opened to me is the Mayo Clinic,” said Paterson Hansen. “For years I just sat and laid on my back in hospital.”

Paterson Hansen, who said she arranged for the surgery and trip on her own after years of visiting doctors and surgeons in Manitoba, was disappointed when the Mayo Clinic informed her Manitoba Health wouldn’t cover a portion of medical costs for the procedure.

A letter she got from Manitoba Health explained it’s because not all treatment options in Canada have been accessed.

“I need help for my leg,” Paterson Hansen said. “People want to know what happened to my leg.”

A provincial spokesperson said Manitoba Health, Seniors and Active Living may cover the costs of out-of-country care but only if all available Canadian medical resources have been exhausted.

Manitoba Health said patients shouldn’t arrange for medical appointments themselves until a doctor’s referral request has been approved. If there’s no prior approval, people may be held responsible for any costs incurred.

Paterson Hansen feels like she had no other choice.

After 17 years in and out of hospitals and clinics, she said no treatment has worked for her leg and decided to take matters into her own hands.

Paterson Hansen said she can afford to pay a portion of the $100,000 for the procedure but not the entire bill.

After she found out the cost of care at the Mayo Clinic wouldn’t be covered, Paterson Hansen drove to Winnipeg last Friday to speak with health officials directly.

She was given contact information for a vascular surgeon in Quebec.

She said she has been given a compression boot and wrapping for her leg but it doesn’t work.

Susan Stratford, president of the Lymphedema Association of Manitoba, said accessing therapy can be costly because the service isn’t covered in Manitoba.

The Winnipeg Regional Health Authority has a provincially mandated program to support lymphedema treatment in patients living with or recovering from breast cancer, but patients with other forms of cancer are not insured in Manitoba and have to be treated outside of the WRHA.

There are two types of lymphedema: primary and secondary.

Some people are born with primary lymphedema while secondary lymphedema, what Paterson Hansen lives with, is most commonly caused by the treatment of some cancers.

Paterson Hansen hopes the surgeon she’s been referred to in Quebec can help.