Exercise plays an important role in lymphoma survivorship, a recent study shows. Though previous studies have shown that increased physical activity improves quality of life among patients with cancer generally as well as among survivors generally, there has been a limited amount of data specifically addressing patients with lymphoma.

“As physicians, we recommend physical activity for all cancer survivors to improve overall quality of life,” Priyanka Pophali, MBBS, a hematologist at Mayo Clinic in Rochester, said in a press release. “But we did not know if physical activity would have an impact on survival in lymphoma patients.”

In the observational study – presented at the American Society of Hematology annual meeting and exposition in Atlanta – Pophali and colleagues assessed how physical activity affected survival in all subtypes of patients with lymphoma, both before and after diagnosis. 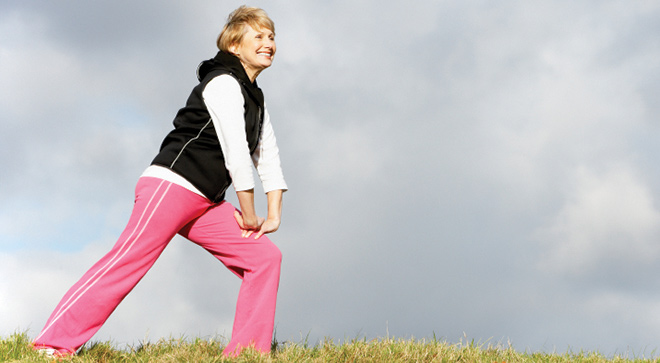 Over 4000 patients enrolled within 9 months of their lymphoma diagnosis at the Mayo Clinic between 2002 and 2012. At enrollment, patients completed questionnaires about their usual level of mild, moderate and strenuous physical activity before diagnosis. The researchers continued to contact the participants to collect information on exposures and outcomes, and lastly, contacted them for a 3-year follow-up.

The average LSI score was 28 at baseline and 25 at the three-year follow-up, with a median change of 2 points.

Patients who reported having higher levels of physical activity prior to their lymphoma diagnosis had better overall and lymphoma-specific survival compared with those who were less physically active in that timeframe. Similarly, patients who reported to have increased their level of physical activity following their diagnosis, and at the 3-year follow-up, had superior survival outcomes.

At the 3-year follow-up, patients were also asked about their perception of any change in their level of physical activity following their diagnosis compared to baseline. Patients who perceived that their level of physical activity had decreased at 3 years had worse overall and lymphoma-specific survival compared to those who did not report a change.

The researchers noted that physical activity plays an important role in lymphoma survivorship, and the data may provide rationale for a clinical trial to evaluate exercise intervention in this patient population.