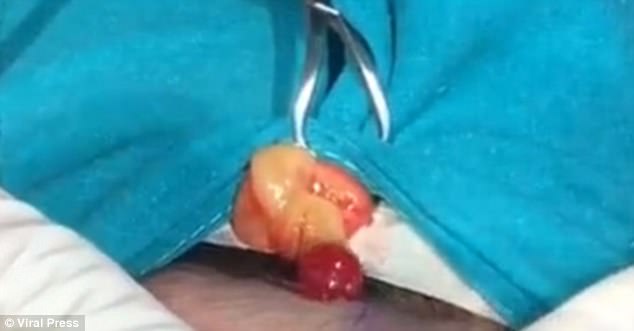 She said: ‘I had the filler two years ago but over the last three or four days it had started to hurt a lot so I went to see the doctor.

‘My whole forehead was soft and squidgy when it was touched. The plastic surgery was infected. The doctor said there was a problem with it.

‘It hurt a lot and I could move it around under my skin. It left a hole when it was touched. But I’m happy it has been fixed now.’

A spokesman for the clinic said the initial filler surgery was not performed by them but they had fixed the situation now.

They said: ‘The patient came to us after having the filler injection surgery in her forehead.