Empathy is the ability most humans have to understand the way someone else is feeling. Unless you are a psychopath, narcissist, or sociopath, you will have the ability to feel empathy for others on some level.

How much empathy we feel is on a scale, and some people feel it more intensely than others. People very high up on the scale are known as empaths, and they take it to the next level.

“An empath is an emotional sponge,” Judith Orloff, psychiatrist and author of The Empath’s Survival Guide, told Business Insider. “[They are] somebody who absorbs the stress and also the positive emotions into their own bodies from other people.”

They don’t have the filters other people do

Being an empath doesn’t just mean having a lot of compassion. In many ways, empaths don’t have the normal filters other people do. They take in a lot of what’s going on around them, and are very sensitive to noise, smell, and excessive talking. This means they are easily overwhelmed in crowds, and can be exhausted after just short periods of time in social situations.

“They have gifts of intuition, of depth, of really caring for others, and having deep compassion,” Orloff explained, who is an empath herself. “They often give too much. They sometimes take on their loved ones’ pain in their bodies, so they actually feel it.”

To unwind, empaths often need time alone. Sometimes they need to sleep alone, which can be a tricky conversation to have with a partner. Things you expect in a relationship like being close can be draining to an empath, even if their partner’s intentions are good.

“I’ve known empaths who like sleeping alone, but they can’t tell their partner that. They just can’t go to sleep easily with someone in the bed,” Orloff said. “They toss and turn, or get in uncomfortable positions. One of my patients called it the ‘snuggle hold,’ where their partner liked to snuggle, and she felt she was trapped.” 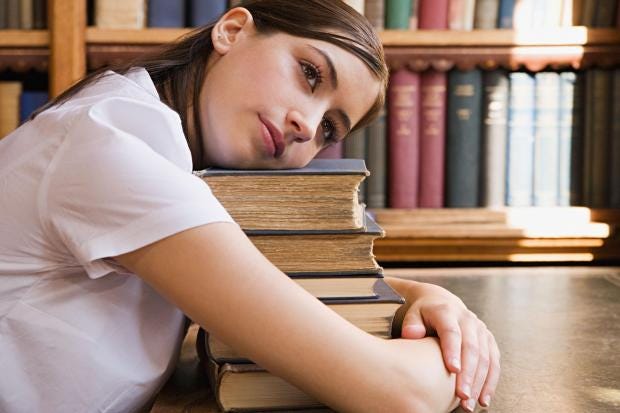 It may be hard for some people to comprehend the idea of needing alone time in a happy relationship. This is one of the reasons empaths are often misdiagnosed as having depression or anxiety. They might be anxious and depressed, but this could be a result of the way they are being forced to live their lives.

After years of being told they are “over-sensitive,” many empaths grow up thinking there is something wrong with them, when really they have a gift, Orloff said. If empaths aren’t aware of who they are, everyday interactions that others find normal could be causing them damage.

Setting boundaries can be difficult

Boundaries are a real struggle for empaths, one reason being because they always want to please others, and not disappoint anyone.

“What I always tell them is ‘no’ is a complete sentence,” Orloff said. “Learn how to say ‘no,’ but don’t get into a big discussion about it. Just say ‘no, I’m sorry I can’t do this tonight, I’d rather stay home.’”

Orloff has self-assessment test at the beginning of her book where empaths can diagnose themselves. Once they have the answers, she says, they can start trying out some of the techniques, such as meditation.

“Empaths need to know that what they have is beautiful and much needed in our world today,” Orloff said. “And so my job as a psychiatrist is to help them with the challenges so that they can embrace and enjoy their gift.”