my then 8-year-old son Owen played his last hockey game. Two days later we found ourselves in a children’s hospital emergency room, where they told us he had a large tumor which was growing (and bleeding) in his abdomen.

“We don’t know it’s cancer,” they told me as we were admitted to oncology at 2 a.m. I clung to that information as they got us settled and started Owen with his first of what would be many blood transfusions.

My perfectly healthy boy couldn’t have cancer. He wasn’t even sick. It’s just a mass.

“We believe he has a type of lymphoma called Burkitt,” two official-looking doctors told me. I will never forget that moment for as long as I live. My husband was at work, as I had assured him everything was fine. I was alone and had never felt so utterly alone in my entire life. My boy! My poor, sweet, healthy boy has cancer! 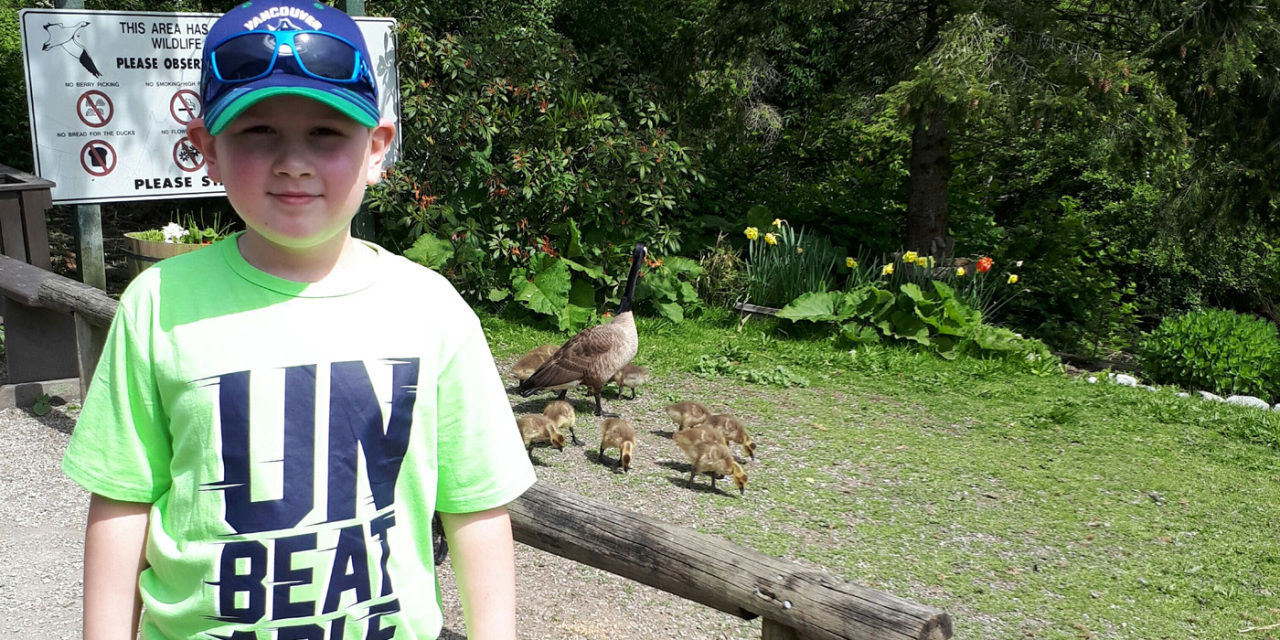 Any parent who has heard this news will understand how I felt in that moment.

Thus began a whirlwind of tests, doctors and surgery. Our world crashed and changed that week. Owen went from playing hockey one day to getting a bone marrow biopsy, a lumbar puncture, a PET scan, surgery and then chemo — all within eight days. Halloween was spent in the hospital dragging an IV pole around the ward. Our new home.

Overall, Owen was in the hospital for over 100 days. Christmas was spent in the hospital getting chemo and fighting an infection. Every day felt like an eternity. He was officially discharged for the last time on February 24, 2017, exactly five months after we first walked through those doors.

You expect to feel relief the last day — the day you leave — but I was still scared. The cancer should be gone; they cut it out in January (along with part of his small and large intestines). The chemo had been working; we knew from his last PET scan.

However, the worry didn’t leave us.

This is such an aggressive cancer — every twinge of pain, every tummy ache, every cough — had me convinced it was back.

A final PET scan in April showed us he was in the clear. Hopefully for good, but we already learned the hard way nothing in life is guaranteed. Not time, not health… only uncertainty. So we have learned to cherish our time with our children that much more.

September is Childhood Cancer Awareness month, and Owen will return to school full time (finally), and he’s getting back to hockey, too. I eagerly await the day he plays his first game. It will be a milestone for him, and I am so proud of how far he has come in his recovery.

You see, just because the cancer is gone doesn’t mean the story — the struggles — are over. He is working through every challenge head-on, pursuing his passions and trying to put cancer behind him.

Our new normal is not the same as life before, but it’s our normal now, and we are facing it head-on every day.