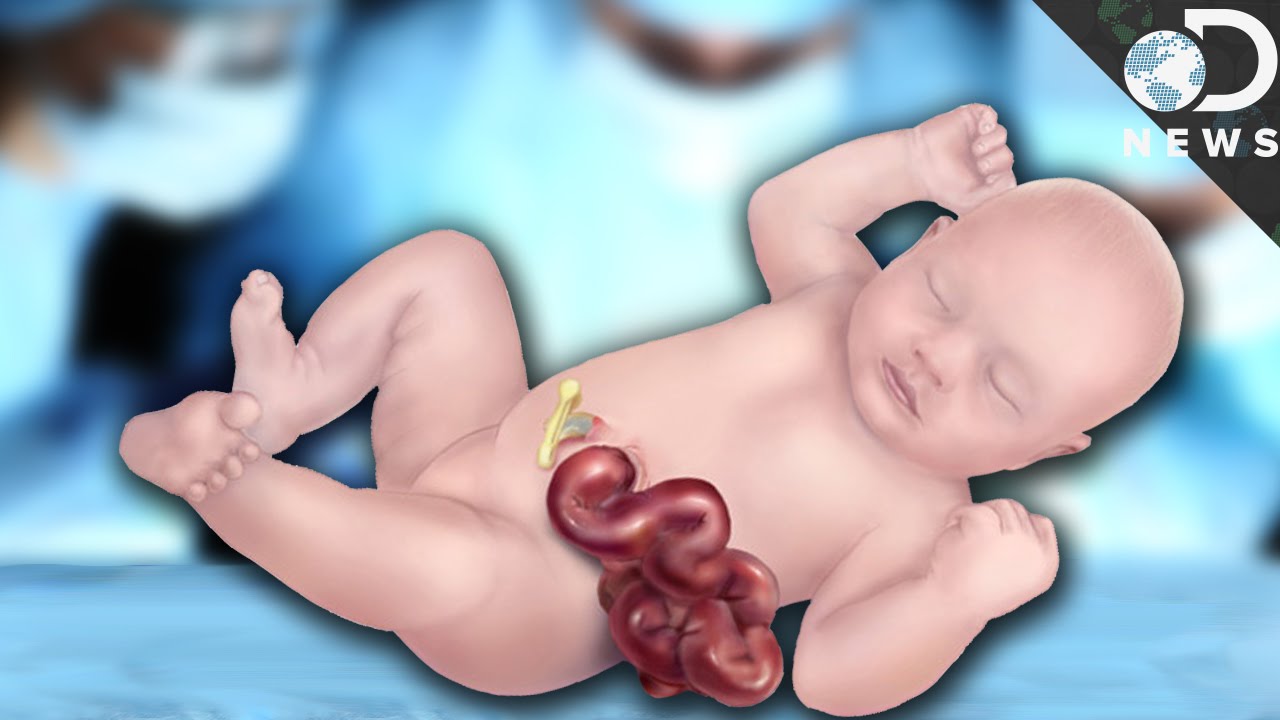 This is going to get oogy, but hang in there.

According to new research from the Centers for Disease Control and Prevention (CDC), hospitals and birthing centers are reporting an alarming rise of cases in which babies are born with their intestines outside their bodies.

As Sapna Parikh explains in today’s DNews report, the condition is called gastroschisis, and it occurs — with various degrees of severity — in approximately one out of every 2,000 births. Technically designated as a birth defect, gastroschisis develops over the course of a pregnancy, when a small hole forms in the baby’s abdominal wall.

The hole is typically on the right side of the baby’s belly button and it starts forming early in a pregnancy. At three weeks, the baby’s digestive tract starts to form and, if all is well, it will grow entirely within the abdominal cavity, along with all the other internal organs.

Meanwhile, the abdominal wall itself is developing. If a weak spot develops in the wall while everything else is growing apace, the intestines can cause a rupture and end up on the exterior of the baby’s belly — still contained by the amniotic sac. It’s possible for other organs to grow outside the abdomen as well, including the spleen, the bladder and even the heart.

Doctors have procedures and protocols in place to handle the situation upon birth, but it can get tricky. Organs outside the skin are vulnerable to infection, for one thing. But also, because the baby’s abdominal cavity developed without the organs in the right place, the baby’s belly can actually be too small for the organs to be immediately replaced.

As such, surgeries to correct the condition often have to be performed over time, in stages. And the longer the intestines or other organs remain outside the body, the greater the risk becomes.

While we don’t know what triggers these defects precisely, we do have some indications. Researchers have found that there is likely a genetic component in play, and have also determined that the condition occurs more often in younger mothers, women with poor nutrition, or those who smoke, drink or take other drugs during pregnancy.

Researchers have also found that the number of babies born with gastroschisis has been steadily climbing since the 1980s. In fact, the number of reported cases doubled from 1995-2005. The CDC’s recent study and official briefing calls for more research into the causes of the condition.